So, the three best selling video game systems today are Sony PlayStation 3, Microsoft Xbox 360, and Nintendo Wii. Each of these three has unique features that set them apart from each other.You have to know what you want in order for you to choose the right video game system.

When choosing a video game system, there are certain points that you have to remember. These are the price, game selection, graphics, and other capabilities of the game system.

When pricing is concerned, you will see that the most expensive of the three is PlayStation 3. The next is Xbox 360, and the least expensive is the Nintendo Wii. However, you have to remember that cheaper doesn’t mean inferior.

You will see that some people will say that Nintendo Wii is the best video game system out there while you will also hear others say that it’s PlayStation 3 or Xbox 360.

When it comes d

own to game selection, Xbox 360 tops them all. By far, the Xbox 360 has the largest library of game titles than the Nintendo Wii and PlayStation 3. If you love purchasing new games for your video game system, then you will want to get Xbox 360. However, you have to keep in mind that PlayStation 3 and Nintendo Wii also offers a decent number of games that can be played on the system.

If you are looking for highly interactive way of playing with video games, then Nintendo Wii an Xbox kinect are definitely for you. The Nintendo Wii offers and Xbox kinect have a unique way to play games. For example, instead of just pushing buttons in your finger to swing a baseball bat in the game, or to throw a football, you really need to imitate the movement of swinging a baseball bat or throwing a football in order for it to work.

Each of these systems offers online gaming capabilities. However, most people find that Xbox 360 offers the best online gaming feature. It is user-friendly and you can also use the Xbox Live Marketplace, where you will be able to buy and download new games and store them in to the Xbox 360 hard drive.

I personally prefer the Xbox 360 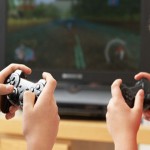 Stress is one of the main contributors… 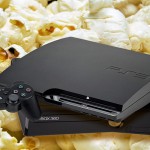 PlayStation 3 Video Games That You Should Definitely Buy

PlayStation 3 is the latest Sony release…